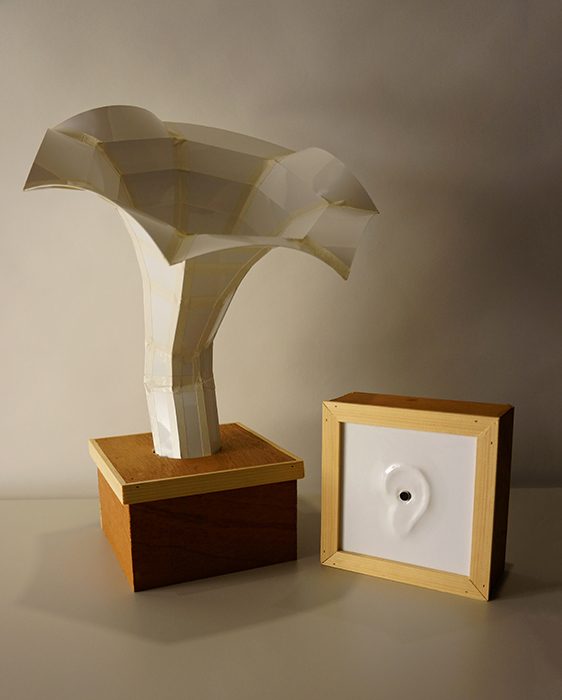 The Voice of Daniel was developed as a post-modern day confessional that in some way addresses the notion of the cloud and cloud computing. Not without irreverence, the fact that on high has previously had other connotations, this work explores ideas of guilt, convictions, and alleviation in a humorous way.

Through the use of Arduino and XBee, the interactor is encouraged to make a verbal appeal to an all-hearing ear much they way someone might share a secret or divulge information. Sensors convey signals to the ever-perceptive mouth-piece of Daniel (activated at a distance) who bestows upon the penitent a quip of post-modern wisdom.

Why Daniel? For no other reason than the voice used to record the platitudes was one found on the British version of the Mac platform.