The Tesseract: an analysis of the indexical divide between mediated consciousness & embodiment within narrative phenomenology 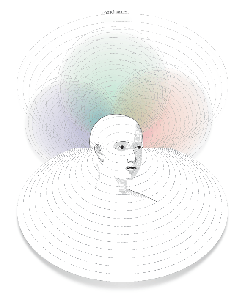 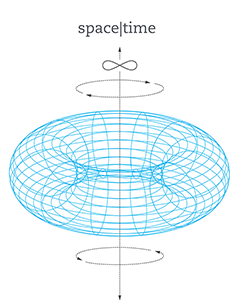 As a sensate infrastructure, the body conveys information to and from the brain to complete a perceptual concordance with consciousness. This system of reciprocal communication both positions consciousness in spacetime, and allows that consciousness is dependent upon the body to roam. Through movement we comprehend. The corporeal occupation of spacetime permits human consciousness access to the phenomena of its physical environment, whereby it uses language (utterance) to both construct and describe this existence. This mediated transmission evolved into story and narrative in an attempt to apprehend, control and more importantly convey what is perceived. It is precisely the components of space and time, critical elements to our own existence that play such a paramount role in our ability to generate meaning and narrative comprehension. As our dimensional understanding has evolved and extended, so too has our understanding that space and time are crucial components of narrative. With the emergence of auxiliary narrative spaces, this movement of consciousness affords opportunities to create new narrative imperatives. In the theoretical realm of physics, the tesseract makes it possible to overcome the restraints of time. The tesseract is a gravitational wormhole that represents the physical compression of space that circumvents time in order to move from one location in spacetime to another. The index, as part of the body, but also the mechanism for applying a collapsed signification, requires both utterance (mediation) and event (temporal-frame) in order to create cognitive meaning. The indexical functions as a linguistic tesseract that collapses language creating a bridge over the semantic divide between utterance and meaning. This paper places the function and potential of the tesseract within the paradigm of cognitive narratology through the argument that compression is the mechanism for narrative construction of story, autopoiesis, and the locality of self.

link to article at Noemalab

Baum, L. Frank (1901). The Master Key: An electrical fairytale founded upon the mysteries of electricity and the optimism of its devotees. Indianapolis, IN: The Bowen-Merrill Co., 1901.

McLuhan, Marshal, & Fiore, Quentin, with Jerome Agel. (2003). The Medium is the Massage: An inventory of effects. Toronto, CA: Penguin Books. 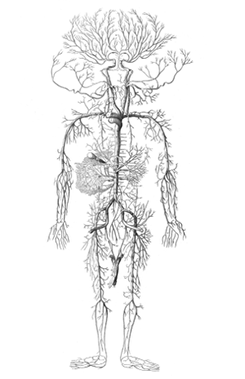 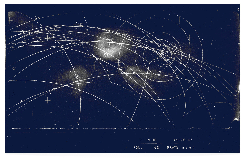 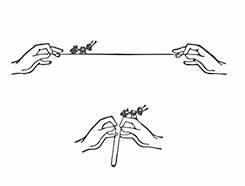