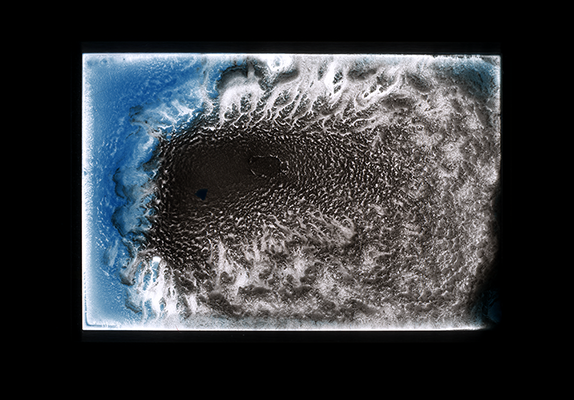 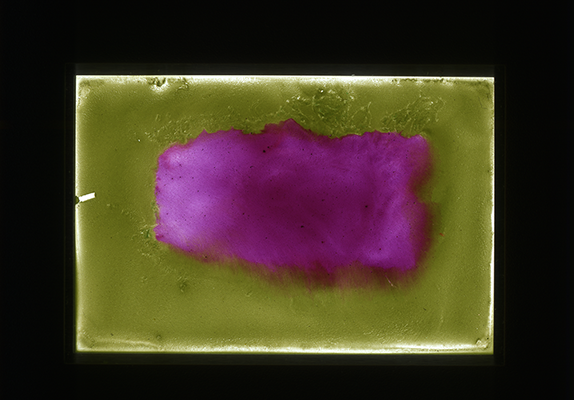 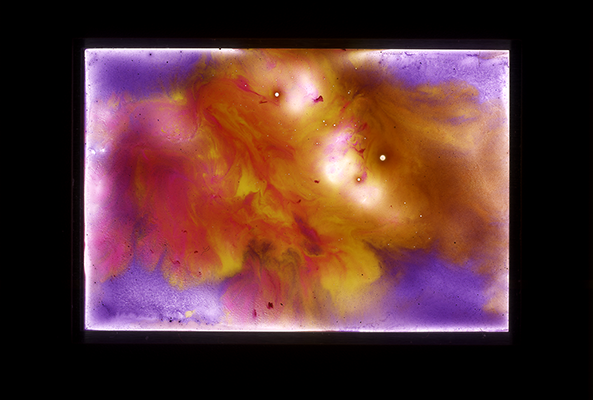 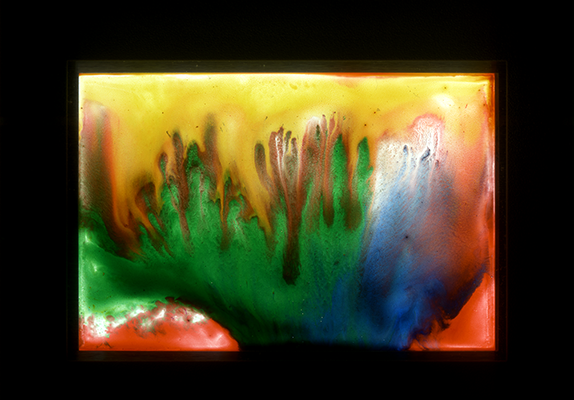 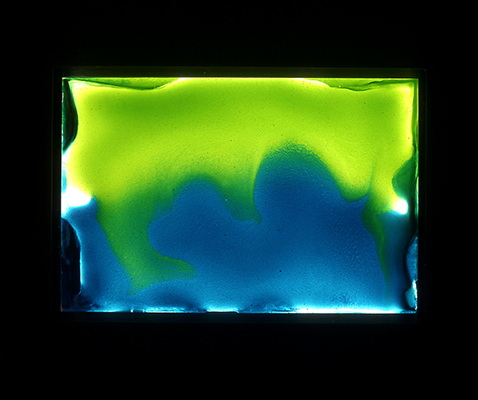 As may be apparent from the title of this series, Vladimir Nabokov was the inspiration for these images. Invited to read his autobiography (speak, memory) while in school, one quickly learns that memory is a tricky apparatus that oftentimes blurs the factual with the fictional. While my own childhood memories are ones filled with hours spent drawing, it was the material itself—crayons, those waxy signifiers of sincerity—that upon revisiting as an adult instigated the need to use them in a novel way.

The process in the creation of these was fairly straight forward and became rather easy to control after several trial-and-error attempts. Basically, standard 35mm glass slide mounts are prised apart with one side used to capture the melted effusion of crayons over a heated source. The rather small images produced really only come into their own once they are scanned and backlit as projections (much as experienced here).

The thing that is most captivating for me about these images, I suppose, and one that speaks volumes about memory and childhood, is how readily I begin to see things in these abstractions (like one does with clouds as a child). Here, I still see dragons, and ghosts, flocks of Vikings, the birth of a universe, monsters on islands, hummingbirds…and so on.