Between Mind & Body: A survey of narratology, embodiment, and the virtual 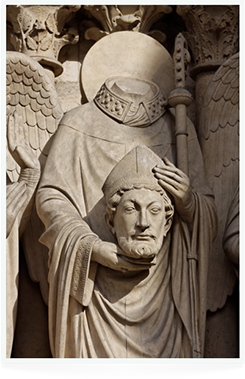 When you hold a book in your hands you are holding a piece of cerebrum in your hands like St Denis himself, who walked for miles carrying his head in his two hands, after he had been beheaded.

All human utterance requires some form of mediation. An utterance instantiates a signifying event of transference, whereby information moves from one space to another across time via some mediated format. For this transference to occur, the message and its carrier require that the brain and the body work in tandem to create a mediated dispatch. Text has functioned as the dominant format for containing thoughts. Cognitive narratology explores similar terrains; however, the primary focus is on the intersection of mind and narrative as they produce storyworlds that are “…mind-enabling and mind-extending.” (Herman 2011) It specifically interrogates the interplay between the brain, the body and the environment because it is within the space occupied by the body that the exchange of information is both made manifest and is understood as a perceptual and conscious act. Utterance, as a mediated act, relies upon the reciprocity between the brain, the body, and space, and therefore functions as evidence of this interrelation. If media work us over completely, as suggested by McLuhan, embedding utterance as mediating format within the field of embodied cognition and cognitive narratology provides an intriguing means for examining the way media impact the mind and body. Utterance is consciousness made manifest. The mind and body are the conduits of consciousness that apprehend and make meaning of the world via narrative acts.

This paper explores narrative utterance as a transferring act of mediation that resides within the mind and body, as instigated in immersive and interactive environments. As narrative environments we can consider these terrains using expanded means of inquiry aligned with disciplines that share similar ways of ingress to these ideas. This paper will investigate the following fields: narratology, embodied cognition and media studies, in order to arrive at a survey for exploring narrative as part of presence and emergence within these spaces. 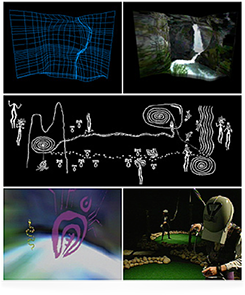 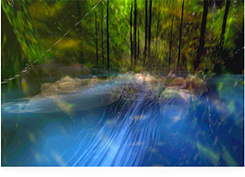